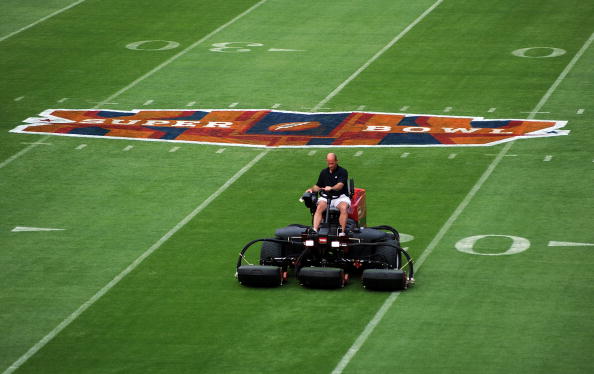 Here we go, folks! The regular season is over, and I’m gonna try and one-shot this, following my own bracket to determine who I think will win each playoff game, up to and including the Super Bowl itself!

In a rematch from Thursday Night Football just two weeks ago, the Baltimore Ravens host the Los Angeles Chargers. The Ravens were able to come away with a win after forcing a huge Antonio Gates fumble in Los Angeles, but by beating Denver and sending Vance Joseph to the unemployment line, the Chargers were able to stay in the playoffs.

The Ravens are red hot, and they’re at home, so they’re my easy pick here. I know there’s this stigma about the Chargers being better on the road because they struggled at home, but that simply isn’t the case. They went 5-3 at home, and only lost to divisional opponents and the red hot Ravens. Beating the likes of Arizona and Oakland on the road doesn’t make them some kind of road warriors.

Not to mention, the Chargers have to travel to Baltimore and play at one o’clock EST, which will be 10 A.M. for them. The weather isn’t gonna be great, they’re on the road in front of a nasty Ravens crowd, and Rivers continues to keep being excellent with an empty trophy case.

This is an iffy pick for me, but I went with my gut. A few weeks ago, these same Colts went to Houston and came away with a win, and they haven’t lost since. These teams match up really well, because Houston’s biggest strength is their ability to get to the quarterback, while the Colts have done a fantastic job of protecting Andrew Luck.

Meanwhile, the Texans haven’t been able to keep Deshawn Watson’s jersey clean all season. If this turns into a shootout, and based on the team’s two previous meetings, it will, you have to give the edge to the team with the better offense than can protect it’s quarterback. Especially with all the injuries on Houston’s offense.

I love this match-up. I can’t wait for this game, and it’s going to be a blast to watch. Andrew Luck versus Patrick Mahomes in a shootout? Sign me up! Having said that, you’ve gotta love Luck vs. that atrocious defense. Hey, does anyone remember the last time these two teams met up in the playoffs?

Full disclosure, I don’t think the New England Patriots are all that good. Their defense is mediocre, and their offense is a shadow of what it was a year ago. They looked great in October, but they’ve slowed down significantly since then. Tom Brady is starting to look his age, and against a team that loves to rush the passer, Brady might be in trouble.

Then again, history says betting against the Patriots in the post-season is a mistake, and it wouldn’t surprise me at all if the Patriots came out and just dismantled Baltimore. I mean… it wouldn’t be the first time.

In a rivalry game that’s only a rivalry for one of the teams involved, the Baltimore Ravens will host their ex-girlfriend in the AFC Championship game. This game is going to be the opposite of the Colts/Chiefs game. The entire game will revolve around three points.

If the Ravens defense can hit Luck and take the Colts offense out of the game, then it’s a blowout. The Ravens can just hold onto the ball all game long and frustrate Luck until the clock hits triple zero’s. Luck is going to have to prove he’s truly an elite quarterback to win this one.

Lamar Jackson has turned the ball over 15 times this year (three interceptions, 12 fumbles), including at least one in each of the last eight games (he became the starter seven weeks ago). You can’t turn the ball over every single game and expect to win, especially in an offense built to control the clock and win time of possession.

And finally, what’s the fickle Baltimore weather like? You think I’m joking, but it was just over a decade ago when Peyton Manning and Steve McNair couldn’t do anything because the weather was so bad, and it turned into a kicking battle between Matt Stover and Adam Vinatieri.

Wow, Adam Vinatieri is STILL Indy’s kicker. That’s impressive, I don’t care who you are.

Ultimately, I’m sticking with the Colts. Andrew Luck finally wins an AFC Championship, and a year after we were questioning if he’d ever play again, he goes to the Super Bowl.

This is an interesting game, because I’d be a lot more inclined to pick the Seahawks in Seattle, but even in Dallas, I’m rolling the dice. I think the Seahawks really found their footing towards the end of the year, dominating on the ground and playing surprisingly good defense considering all the superstars they lost.

Meanwhile the Cowboys struggled towards the end of the season. The 13-10 win over the Saints was impressive, but then they barely beat the likes of the Tampa Bay Buccaneers and New York Giants, and were blanked by Luck’s Colts.

I trust Russell Wilson more than Dak Prescott, and I certainly trust Pete Carroll more than Jason Garrett. This is a gut call, but I’m running with it.

I would love for the legend of Nick Foles to keep growing, but I just don’t see it. Chicago’s defense is on another level, and as hesitant as I am to bet on Mitch Trubisky and the Bears offense, they’ll get the big win in Soldier Field.

I’d love for Seattle to go on some kind of Cinderella story run here, but I can’t see them going to New Orleans and coming away with a win. The Saints are just too good, and they’ll be healthy and well rested. Watch out for the Seahawks next season though, they’re going to have some cap space and compensatory picks coming their way.

Puh-lease. The Rams limped to the finish line this year, and the last time these two teams played? It wasn’t anywhere near as close as the final score might have indicated. Holding an offense as explosive as Los Angeles’ to under a touchdown for four quarters is nothing short of incredible.

This is an ugly, physical game that the Bears are going to grind out to win. Long, physical drives on offense and violent, dominant Khalil Mack plays on defense.

This is a tough game to call, but if anyone can beat the Saints in New Orleans, it’s Chicago. The Saints had some offensive struggles towards the end of the year, and part of me thinks the Bears could beat up Brees and steal the conference. However, ultimately, I just don’t trust Mitch Trubisky, and they need someone who can hang with Drew Brees. The Bears could pull this one off, but I’m betting on the Saints. Who Dat?

That’s right, it’s a Super Bowl XLIV rematch. Here’s a question for NFL historians out there, has a franchise ever gone to the Super Bowl with three different head coaches over the span of 12 years? Tony Dungy took the Colts in 2006, Jim Caldwell took them in 2009, and now, Frank Reich in 2018? Just asking.

As much as I’d love a shootout between two great teams, I don’t think Indianapolis is on New Orleans’ level. The Colts are a bright young team, and they have a lot to be excited about, but they’re just not ready.

To be completely honest, it’s hard to imagine the AFC winning this Super Bowl regardless of who goes. The best team in the AFC has a historically bad defense, and whoever wins the NFC is going to have to overcome two or three of the best teams in football.

I think the Saints offense could simply outplay the young, if talented, Colts defense, and then Luck just couldn’t keep up with Brees. Not to mention, as suprisingly good as Reich has been, he’s no Sean Payton.