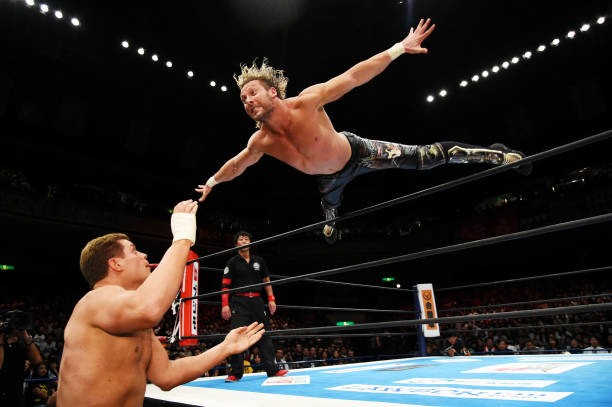 On New Year’s day, the braintrust of New Japan Pro Wrestling/Ring of Honor’s pro wrestling faction “The Elite,” being Cody Rhodes, Nick Jackson, and Matt Jackson, announced the creation of a brand new wrestling promotion, All Elite Wrestling. Ever since, a bit of a civil war has broken out in pro wrestling’s fandom.

Everyone Should Be Rooting for AEW

First thing’s first, the truth that a lot of wrestling fans don’t want to admit. Regardless of how successful AEW is or isn’t, WWE isn’t going anywhere. I believe that’s where the big divide is, as many fans of the WWE feel threatened by the first North American promotion with major league backing since Ted Turner’s WCW in the 1990’s. Honestly, if so, that’s really silly.

They don’t make money week to week based on how many people tune in, they make money from television companies paying to air their product plus whatever they get from merchandise, sponsors, ticket sales, and obviously, the WWE Network. For all intents and purposes, the brand is bulletproof. However, that doesn’t mean there isn’t room for another promotion to grow.

Narratively, declaring the return of the Monday Night Wars is very exciting, but a little misleading. It’s true that AEW provides the biggest competition to WWE in North America since WCW went under in 2001, but there are quite a few differences between AEW and WCW.

Some key differences that fans need to recognize.

Literally everyone attached to AEW has said repeatedly that they’re not trying to compete with WWE, they’re just trying to create an alternative for the fans, and maybe the workers. They aren’t putting a show on at the same time as anything WWE, and they have no intention of doing so.

AEW is still “just a t-shirt company” but it’s already made an undeniable impact on the WWE. The assumed impact would be that it provides fans with an alternative, but in all honesty, it’s the wrestlers that benefit the most. For the first time since WCW went out of business, there’s another major promotion in North America that can provide a livable wage.

We don’t know the whole story about Dean Ambrose or Sasha Banks yet, but would two former world champions be willing to walk away from WWE contracts this time last year? Ambrose has already reverted to his Jon Moxley persona, and at least one professional fighter seems to think he’s a done-deal to join AEW.

All this means is that WWE will have to treat their employees better moving forward. Whether that means paying them more or booking everyone more fairly, it can only mean good things for the wrestlers. And honestly, what kind of fan are you if you don’t want the best for the performers that give their blood, sweat, and tears to entertain you on a weekly basis?

Why should you, the fan, care about any of this? Because competition brings out the best in everyone. The vast majority of today’s fans fondly remember the attitude era, a period of time where some of the best angles and biggest stars in WWF (at the time) history were made. Well that only happened because they had competition from WCW.

Now, again, it’s not exactly the same because WWE and AEW aren’t going head to head like Monday Night Raw and Monday Nitro were, but based on what we know about Vince McMahon, he lives for competition. He can’t be complacent anymore, and he might have to change how he runs his business.

And being honest, even if he doesn’t, that doesn’t effect your enjoyment of the product, does it? If WWE doesn’t change a single thing about the product they run, then it’ll stay just the way you’ve been enjoying it. Worst case scenario, the product stays exactly the same, as you’ve enjoyed, and best case scenario, it gets even better! There’s literally no risk.

If AEW fans are the reason you can’t enjoy the product, I don’t know what to tell you. If you let other fans impact your enjoyment of a product, then good luck watching Star Wars or Game of Thrones, and don’t even get me started on music.