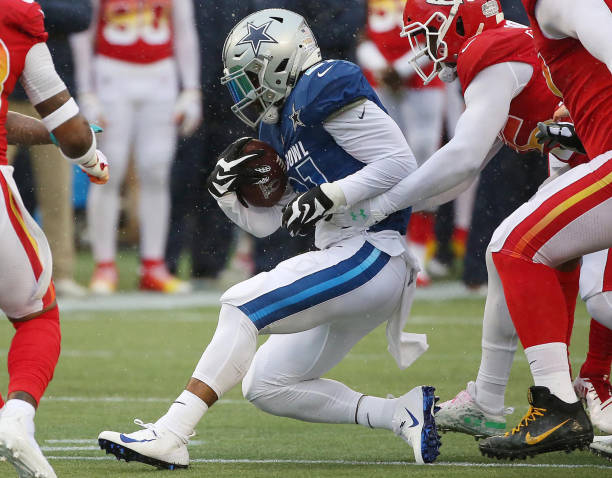 Recently, just for my own enjoyment, I made a super-spreadsheet for this NFL season’s fantasy football stars. I did that by traveling back a year in Google news, tracking preseason rankings, and attempting to determine who the most accurate fantasy experts were. I collected a group of five to six experts, and then averaged out their rankings for this upcoming season. I believe this will give me the best objective ranking and help me with my dubious number of fantasy football franchises.

However, now I’m stuck with this eight-sheet long fantasy ranking, and I can’t do anything with it. I can’t share it on here yet because my competitors read my articles, but I shouldn’t let this information go to waste. So! By averaging together the fantasy rankings of all 32 team’s starters, I was able to make a very interesting power ranking, based purely on fantasy football ability.

Enjoy the fruits of my labor.

First thing’s first, someone’s fantasy value and their real life value are completely different. Someone like Tom Brady, considered by many to be the greatest quarterback in NFL history, and the reigning Super Bowl Champion, is my 19th ranked fantasy football quarterback. That’s because while he might win a ton of games and be clutch when it matters, he’s not expected to put up a ton of big numbers this year.

This article is just for fun, so don’t be disappointed if your team isn’t ranked high. There are so many variables that go into a team’s success like coaching, offensive line play, and straight up schematic fit, that don’t apply in fantasy, so just read this and relax. And definitely don’t leave me angry comments down below about it. And definitely don’t not ask me for the fantasy spreadsheet, because even though I’m being pretty secretive, I desperately want to share it with people.

Oh! Also! I didn’t include kickers. Kickers don’t matter. Not in fantasy, not in real life. Suck it. Bold teams made the playoffs! Congrats!