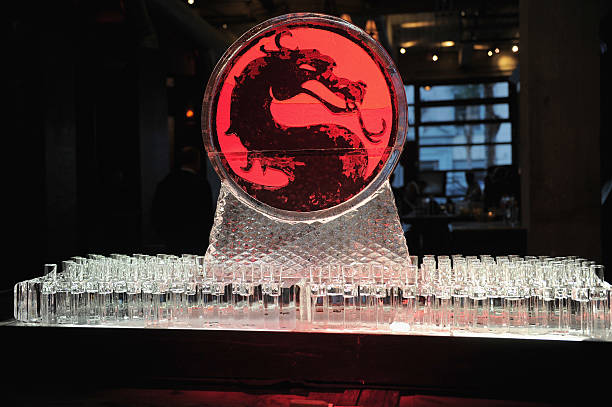 Recently, the demented geniuses at Netherrealm Studios released Aftermath, a DLC second storyline for Mortal Kombat 11. It also reintroduced a few characters, a couple of maps, and the beauty that is the Friendship alternative for Fatalities.

So it got me thinking… has anyone ever ranked the legendary fighting games?

Finish Him: Ranking the Mortal Kombat Games (So Far)

Small Disclaimer: I’m not including the spin-off games (with one exception). Not all of them are recognized by canon, and very few made an impact on the series as a whole.

This is the worst Mortal Kombat game ever made, and it’s not particularly close. The plot is forgettable, none of the characters that debut are still relevant, and most offensively, this is the ugliest Mortal Kombat game. The franchise struggled to move from 2D to 3D, moving away from the digitized sprites for 3D models that were hard to look at. Kollectors will probably skip this one.

I’ll be honest, I hardly consider this a Mortal Kombat game. A rated T Mortal Kombat just doesn’t make sense. Love it or hate it, gratuitous gore and violence are staples of the series. MK wrote the book on violence in video games, and dulling the edges just to appease DC Comics? If they tried something like that today, they’d never recover from the backlash.

They’ve already struggled to get over making the female characters less obnoxiously oversexualized.

The reason why this isn’t dead last? It inspired the Injustice series, a DC comic spin of Mortal Kombat. It’s far less offensive to have Mortal Kombat characters cameo in a series that isn’t known for violent flair.

Regrettably, Mortal Kombat 3 was a bit of a failure. It didn’t add anything to the series, and took multiple iterations just to get it right. It doesn’t have the nostalgic heart of the predecessors, nor the product value of the following games. Fine for an arcade, but not for a home console.

Armageddon struggles because it made a ton of promises, showed a pot of potential, and failed to meet either. Kreate-a-Fatality and Fighter modes promised a lot, but neither came close to meeting their potential. As a gaming experience, it didn’t add anything, infamously using the same engine as MK games before it.

However, it did have a great story mode and a massive roster. Armageddon’s biggest failure isn’t that it was bad, because it wasn’t, but mostly that it was unremarkable. MK11 Aftermath showed more growth after MK11 than Armageddon did from Deception.

This review is the opposite of MK4. They finally pulled off 3D sprites, and introduced some great characters, namely Kenshi and Frost. However, a plot that should’ve been among the most interesting in the series ultimately disappoints. Any time a storyteller tries to enhance a story through plot twists and subverting expectations, it always comes off as transparent and condescending.

This game was probably the most fleshed out of the Midway Era of MK games. Mini-games, the Krypt, a solid roster, developed fighting mechanics, and a good story mode? This game had everything you ask for in a good Mortal Kombat game. This is the bridge between the good MK games and the elite ones.

There have been plenty of great games that had unsatisfying sequels and didn’t become a franchise. Thanks to the second entry in the legendary fighting saga, Mortal Kombat never met the same fate.

It could be argued that MK2 is even better than the first game (not yet listed…) based on the improvements made to the graphics, the mechanics, and the roster. MK2 is the Empire Strikes Back of the MK Universe.

There’s always a voice in my head during these rankings that says I need to put the first iteration of any series at the top. Without the original Mortal Kombat, we wouldn’t have any of the others. I’ve got to give props to Ed Boon and John Tobias for taking risks.

You don’t suck, Boon and Tobias. Wait a sec, if you spell their last names backwards…

I hope I don’t lose the MK loyalists here, but the new generation of Mortal Kombat is the best. Netherrealm Studios doesn’t miss, and it has completely redeemed the series for Midway’s failures.

By sending Raiden back in time, they were able to remake the original games with (at the time) great graphics, paying homage while still making changes. My favorite was getting to see the slight changes Raiden made by trying to save the future. And by that, of course, I mean Cyber Sub-Zero.

It keeps getting better!

Mortal Kombat X introduces a “second generation” of new kombatants, highlighted by Cassie Cage, Erron Black, and Jacqui Briggs, that could carry the franchise into the future. The relationship between Hanzo Hasashi and Kuai Lang, aka Scorpion and Sub-Zero is fascinating. Masked ninjas for most of their time as the franchise’s symbols, they finally get some individual character development. Plus! It introduced meaningful DLC, something missing from MK9.

But Mr. Boon, why couldn’t this game have Noob Saibot? How you gonna take my main away from me like that?

Mortal Kombat 11 is as close to perfect as a Mortal Kombat game gets. Visually stunning, a great story, and an impressive roster, MK11 keeps getting better. The actual kombat is brilliant, the Krypt is horrifying, and the ever-refreshing Towers keep the game fresh for years to come. The recent addition of Aftermath, a secondary storyline, expands on the MK universe even further. Not to mention, the character customization is expansive and challenging enough to collect to keep fans interested.

My only criticisms of MK11 are Ronda Rousey’s voice acting, the typical plot holes that come from time travel, and that for the second time in three games, it sets up a total retcon or reboot. Why introduce new characters and enrich the world if we’re just going to wipe the slate clean again?

Having said that, MK11 finally gave us Spawn as a playable character, something we’ve been begging for since the rumors started.