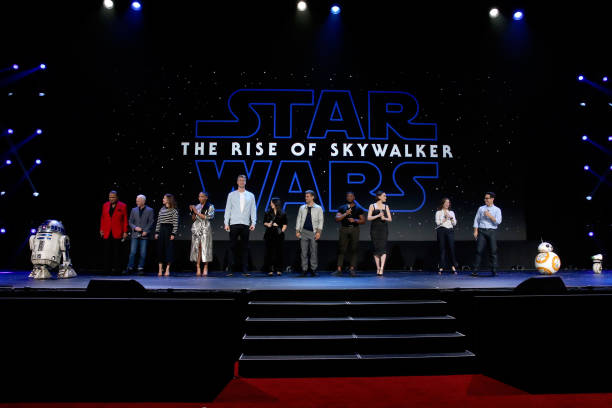 Star Wars is probably the most valuable franchise in cinematic history. Sure, Disney has turned the Marvel brand into a money-printer, but pound for pound, few films can brag the rabid following or consistent financial success of George Lucas’ iconic sci-fi baby. Even when the films were lackluster (the prequels), fans still showed out in droves for the Disney debut (Star Wars: The Force Awakens) in 2015.

All entertainment is subjective, so you’re bound to encounter many differing opinions. There are three major trilogies, and all three have their passionate fans. I actually ranked the Star Wars films a while back, and I stand by my opinions.

When The Force Awakens came out in 2015, it was met with mostly positive reviews. Sure, there were critics that claimed it was a “shot-for-shot remake of the original,” even though, by definition, it wasn’t, but most people liked it. It paid homage to the original movies, reintroducing us to the galaxy far, far away that we fell in love with a long time ago.

J.J. Abrams, a lifelong Star Wars fan himself, helped write, produce, and directed it. Abrams was quoted as saying he drew inspiration from the Star Wars films while he was behind the helm of the Star Trek films from a decade ago, so he seemed like the right man for the job.

Abrams obviously had a vision for his Star Wars universe, and he planted the seeds throughout the movie. However, Disney allegedly had wanted three different directors for the three films, and Abrams only intended to make one Star Wars movie.

That, in my opinion, was a critical failure, and the biggest reason why the new Star Wars films were such a mess.

As I said earlier, people have different opinions, and I don’t know anyone that loves the new trilogy the way they love other trilogies. That, however, is not to say that someone out there doesn’t. Maybe they’re the right age, maybe they’re not critical of movies, or maybe, in their heart of hearts, those three movies are exactly what they wanted.

This is my preemptive defense to those that don’t see anything wrong with the new trilogy. A very, very obvious spoiler warning is now in effect.

Firstly, the characters are so inconsistently written (for obvious reasons we’ll get to) that the audience got whiplash. The only character in this trilogy that is written consistently with care is Ben Solo aka Kylo Ren. Everyone else is a disaster.

Finn’s whole arch in The Force Awakens is a reference to Han’s from the original trilogy. He’s reluctantly dragged into a war he’s trying to escape, but by the end of the first film, he nearly gives his life for the cause. He wakes up, and immediately he’s back to trying to escape again. Him trying to be near Rey is his whole arch for two movies. And then, randomly, in the third movie, he’s a force-sensitive hero vying for a position of leadership in the Resistance.

Po Dameron is a loyal, if cocky soldier in TFA, but the next time we see him, he’s a careless, disloyal sociopath that willingly gets his entire fleet killed. Then, knowing damn well that Po has these kinds of tendencies, Vice Admiral Holdo’s character deliberately doesn’t tell him their plan for escaping the First Order until he attempts a coup. And then finally, randomly in the third movie, he’s back to the guy he was in TFA, who has doubts about his leadership ability, which seemingly come out of nowhere.

Rey gets the worst of it. I thought she was actually pretty well-written in TFA. She’s consumed by her own crisis of identity and reluctantly slides into the role of hero. She’s a real person with real needs. And then, even though Luke’s twin sister is there when they find the map, the Resistance sends Rey, a girl he’s never met, to convince him to come back. Her only objective in going to the island is to bring Luke back… but then it becomes about her Jedi training, something she wanted nothing to do with before. And then, in the third movie, she “flirts with the dark side,” something we hadn’t even seen hinted at before, because surprise, even though I liked the idea that her parents weren’t anyone, because it suggests anyone could be a Jedi, she’s a Palpatine.

Oh, yeah, and then after two movies of build, Snoke, the trilogy’s presumed villain, is killed off randomly because he’s just a mutated clone that the very-much-still alive Emperor Palpatine made to manipulate the galaxy. This raises so many questions.

Palpatine’s return is one of the worst things about the new trilogy. It comes out of left field, they never explain any of it. And then, the last real angle of the movie, there’s so much language that had never been mentioned before. Rey and Ben are a dyad of the force. What is it? They never explain. When they attack Palpatine at once, because they’re a dyad, he can absorb their force energy to return to full strength. Is that a thing? Apparently.

And honestly, “I am the Sith” and “I am the Jedi” made me physically cringe. I cringe every single time. That exchange is as bad as “I love you/I know” was good.

Why Was It Bad?

Here’s the secret about Star Wars that most people won’t tell you. It’s something I realized myself when I was 13, and it did not prevent me from playing Battlefront, binging Clone Wars, or reading Timothy Zahn books. Star Wars movies… are not great cinema.

Don’t get me wrong, episodes four and five are iconic films, but for the most part, Star Wars films are supposed to be a little campy. They’re fun! They’re adventure movies about space wizards and the battle of good versus evil. But Citizen Kane, they are not.

So for a Star Wars movie to be good, it doesn’t have to be good. Star Wars fans should never care about Rotten Tomatoes, because these films are for the fans, not the Oscars.

However, what the new Star Wars films did poorly is what the MCU did brilliantly. Every little tidbit of the MCU has a purpose, connecting the films in a shared cinematic universe. The MCU managed to connect 22 movies (which I ranked, btw) effortlessly… and Star Wars couldn’t even connect three.

It’s very obvious that Disney didn’t have a story in mind when they greenlit the trilogy. They brought in two completely different creative teams, with different tastes and ideas, to make the first two movies. If I made three songs, and Paul McCartney wrote the first, and Lil Yachty made the second, I couldn’t make the third song relevant to both of them. The first six Star Wars movies had George Lucas behind the wheel. It could be argued that Lucas had too much control over the prequels, but at least it had one consistent narrative.

Disney didn’t want to make good Star Wars movies, they wanted to make money. They didn’t want to tell a story or give the original characters some closure, and as a result, the films suffered. I used to resent Rian Johnson, because I hate The Last Jedi, but honestly, he was asked to write a sequel to a story that wasn’t his, and we can’t blame him for having the creative integrity to avoid making his version of someone else’s idea.

It’s not Daisy Ridley’s fault. It’s not Rian Johnson’s fault. And it’s not your fault. The new Star Wars movies failed to satisfy their impossibly passionate fans because the powers that be had no plan for the movies. They had no narrative, no story, and no good intentions. Both creative teams and the cast tried their best to make Chicken Salad, and it was good enough for some people, but moving forward, they have to do better.

I don’t know who needs to hear this, but you probably have Dave Filoni’s phone number. Maybe let him handle the Star Wars stuff moving forward.