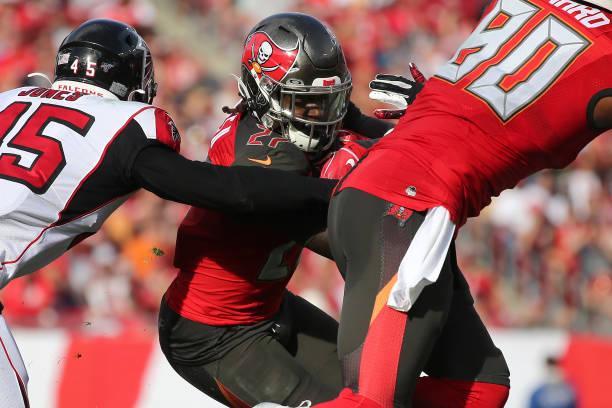 Far, far, far from my best week, I mixed bad picks with some shocking upsets and failed to register a winning record. Let’s see if I can finish the regular season strong over the next couple of weeks.

Raiders players are more concerned with what people are tweeting than what they’re putting on tape. At home, on a short week, against a bad team that’s mailing it, I don’t have enough confidence in the Raiders to win a game they absolutely need to stay alive this season.

Drew Lock is coming off the best game of his young career, and that just won’t do. The Bills are on a bit of a hot streak right now, and they’re trying to lock down the AFC East.

The Panthers are limping towards the end of a forgettable season, and the Packers have the NFC’s lone bye in their sights. Packers roll.

I spent all summer wondering if it would be Houston or Tennessee that took home the AFC South, Philip Rivers’ Colts were an afterthought. Now, a mere two weeks after beating the Texans down, the Colts secure the sweep.

The Lions are something of a hot mess right now, and the Titans have to make sure they don’t lose any footing in the playoff hunt. Indy is hot on their tails for the AFC South crown, and they can’t afford a loss to a bad team now.

Call it a gut feeling. Mitch Trubisky’s weird revenge game against the Houston Texans aside, this squad hasn’t looked good all season, and if the Vikings continue to ride Dalvin Cook, they’ll easily win this one.

This is going to be a tough game. I hope Pete Carroll and company are prepared for a fight, because on EST, against a dangerous Washington pass rush, it’s the faith I don‘t have in Washington’s offense that sways this pick. Russell Wilson can’t turn the ball over more than once in this one.

This is a really interesting game. I wouldn’t be shocked if the Patriots actually stole this win. However, I also wouldn’t bet on it happening. The Dolphins are playing lights out defense this year, and if they gave Patrick Mahomes a hard time, Cam Newton doesn’t have a chance.

The 49ers run that magical Shanahan run scheme, and the Dallas Cowboys can’t stop the run. The Bengals threw the ball 36 times with someone named Brandon Allen last week instead of running it. How Zac Taylor is still employed, I have no idea.

This is a tough one, because the Eagles are starting to twitch, show some signs of life, and they could be just the menace the Cardinals can’t afford to meet right now. But I’m gonna give this one to Arizona. Their defense showed up and showed out last week, let’s see if they can do it again.

I hate to say it, but I don’t think Kansas City loses another game this year. Meanwhile, the Saints couldn’t even hold off Jalen Hurts, they’re going to have an answer for Patrick Mahomes?

Don’t panic, but this game has potential to be closer than you might think. I fully expect Cleveland to win, but it’s strengths vs. strengths. The Giants have a good defense and a putrid offense, but the Browns have a putrid defense and a good offense. Fireworks ensue.

The WFT punched Pittsburgh in the mouth, and then, still reeling, they ran into a red hot Bills team. Fortunately, a mediocre run game and receivers that couldn’t catch COVID in Baltimore aren’t enough to give the Bengals a chance.