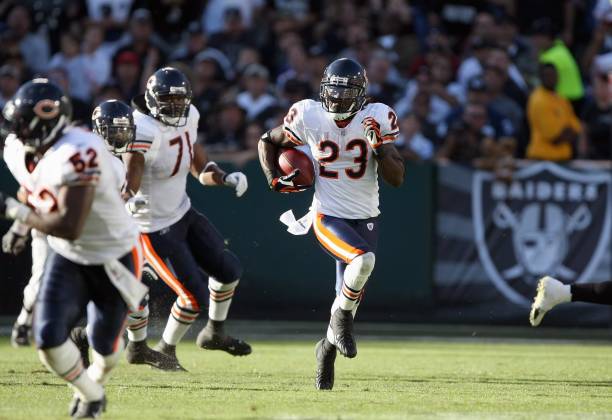 Lately there’s been a lot of talk about does or does not belong in the Pro Football Hall of Fame. Thanks a lot, Mr. Edelman. It’s forced a lot of us to take a closer look at what makes someone worthy of the Hall of Fame. My argument has been the following. They have to have the numbers, because if you play long enough to be enshrined with legends, the numbers should back that up. They have to play a vital part in the history of the game, namely, can you tell the history of the NFL without them. And finally, can you objectively say they were in the conversation for the best at what they do during their prime. All deserving Hall of Famers have these three traits.

Listing them, I was able to make a shortlist of guys I think are Hall of Famers. Aaron’s Donald and Rodgers are both award-winning superstars that check all the boxes. The “Legion of Boom” Seattle Seahawks played a big part of the last decade, and they couldn’t have done it without All-Pro corner, Richard Sherman. I don’t think anyone is going to fight be about the Hall of Fame eligibility of Tom Brady or Larry Fitzgerald.

But that brings up the curious credentials of one Devin Devorris Hester.

There have been some really great returners in league history. Guys like Dante Hall, Eric Metcalf, Desmond Howard, Josh Cribbs, and Brian Mitchell were all special teams aces.

And the funny thing about Devin Hester’s stats? They’re misleading. After his brilliant debut, teams started doing anything and everything to avoid kicking to him. Hester put these numbers up despite teams avoiding putting the ball in his hands. After fielding 89 punts in his first two seasons, he never fielded more than 40 punts in a season again.

As great as Brian Urlacher and the Bears defenses of the early 2000’s were, arguably nobody is more synonymous with their super bowl run than the Windy City Flyer. In 2006, Bears quarterback, Rex Grossman, had 23 total touchdowns to go with 25 turnovers. Hester tied the all-time record with six touchdown returns that same year, only losing two fumbles. That means Hester was more productive for the team than a NFC Championship winning quarterback.

And the real history came when they made it to the Super Bowl, where Tony Dungy inexplicably kicked off to number twenty-three to start the game. Hester caught it at Chicago’s eight, sprinted forward, made a single juke, and then was gone to the end-zone, becoming the first player in NFL history to take the opening kickoff of the Super Bowl back for a touchdown. This is an iconic moment, and epitomizes what made him great.

He basically became a meme during his career too, as a relatively petite speedster was more feared than some of the burlier, brawnier linebackers of the time. Hester was such a freak on the field that the good people at EA gave him an unprecedented speed of 100.

If we’re putting Julian Edelman into the Hall of Fame (we’re not) for one catch (which he originally dropped), then how about Devin Hester, catching the ball the first time and running it back 92 yards?

As a returning threat, nobody was better than Devin Hester. He led the NFL in kick return yardage and punt return yards twice a piece, and led the league in both kids of returns on multiple instances as well. With most players, as they get older, the statistical drop-off is a sign of a decline in play, but with Hester, the sad reality is that teams just stopped kicking to him.

Devin Hester was a threat to ruin a punter’s day every time he stepped on the field. The Bears had the third best starting field position in 2006, the very best in 2007, 2008, second in 2009, and back to number one again in 2010. It took a miserably mediocre offense in 2011 to derail a hot streak before jumping into the top 5 in 2012. Would you believe they dropped all the way to 26th after Hester left for Atlanta?

Devin Hester has more return touchdowns than Gale Sayers or Bo Jackson had rushing touchdowns. That’s without Hester’s 3,427 rushing and receiving yards and 17 offensive touchdowns. If Devin Hester is statistically superior to other kick and punt returners, changed the way other teams played the game, and left his mark on history in a way that Dante Hall and Brian Mitchell couldn’t. So does he belong in the Hall of Fame?

Yes… But Also No

Does Devin Hester belong in the Pro Football Hall of Fame? Yes. By every measure I listed earlier, Devin Hester is a Hall of Famer. He’s in my personal hall of fame (NEXT TO CLIFF BRANCH, VOTERS. CLIFF. FUCKING. BRANCH), but I don’t know that the voters value the impact of a kick returner enough to put him in. We’ve only recently started putting kickers and punters in, and if the pretty boy moment-stealers like Adam Vinatieri are struggling, I don’t know how much hope a special teams ace, even a demon like Devin Hester, gets the nod from Canton.