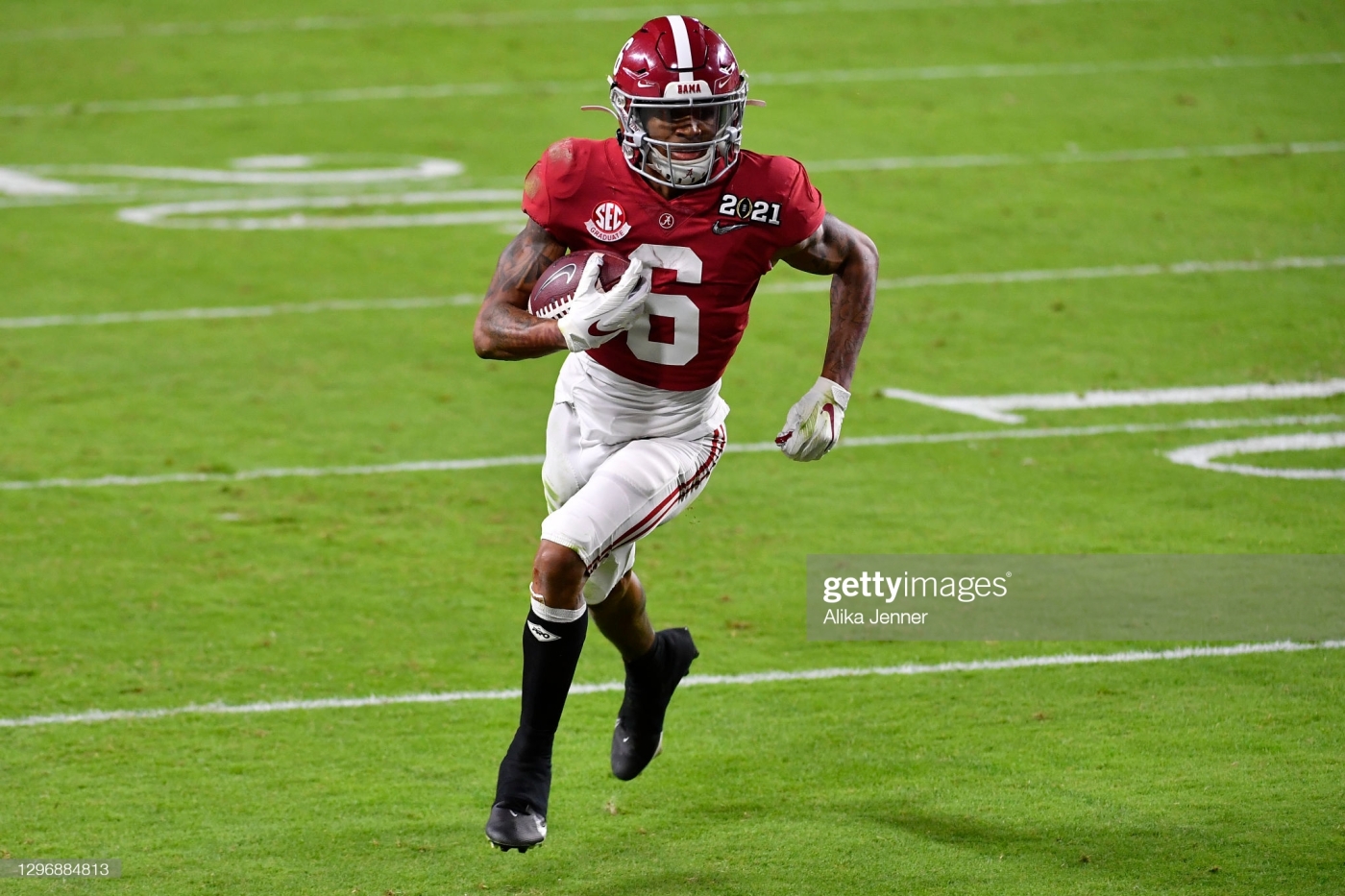 It’s been quite some time since I did a mock draft, and with the real thing coming up so quickly, I figured I would throw my hat in the ring and put out one more mock draft for this year. Last time I did a mock draft on this site, the draft’s two biggest trades had not even begun to materialize, so not only am I probably dead wrong in that last mock, but I’m out of date as well. At the time of release, it’s the afternoon of Sunday, April 25, 2021. Just four days remain. Before the door slams shut on the 2021 mock draft season, let’s go for one last ride.

Oh, and because it’s the last one, I’ll take a shot at some trades as well. I normally don’t like trades in my mock drafts, purely for the sake of simplicity, but I figured if I want this to be as accurate as possible, there should at least be a couple of them.

NOTE: This mock draft is purely subjective, and any resemblance to other mock drafts, living or dead, is purely incidental. Not only is it my mock draft, but it’s also a mock draft detailing, more often than not, what I would do if I were a team’s general manager, not what I think those teams will actually do.

I’m going to copy and paste this selection into every mock draft I write for the 2021 draft season, so I have to make sure it can’t be outdated. Now that the Jaguars are locked into the No. 1 pick in the draft, I can safely say that they’ll be picking Clemson prodigy Trevor Lawrence. No one else is in the running, and it’s going to stay that way (barring completely unforeseen events). Depending on who you ask, Lawrence is either the most completely quarterback prospect of the last eight years, or the last thirty-eight years. Both mentally and physically, “Sunshine” has it all, and he’ll be a perfect fit for the Sunshine State.

As I mentioned in my last mock draft, Zach Wilson’s meteoric rise has been nothing short of fascinating from an outsider’s perspective. I shouldn’t have to note that I am not an insider, and even if NFL scouts have had Wilson as QB2 for a while, he was usually a day two pick in mocks last September and October. Wilson’s “arm talent,” a massive scouting buzzword, is second to none. But even my level of snark over scouting tropes can’t look past the sheer level of physical ability possessed by Wilson. New York gets their first quarterback of the post-Darnold era, and Robert Saleh gets his first shot at a franchise star.

Let’s have some fun, baby, let’s get weird.

Now before you all click off of this article because obviously, the dude writing it is some kind of hack, let me explain myself. First of all, I don’t buy the Mac Jones hype for the 49ers one bit. It’s not that I don’t think Mac Jones will be bad (I do, but that’s a story for another time), but it’s more that I don’t see the appeal for San Francisco here. Why trade three first-round picks for a quarterback that plays a lot like the one you already have? And second of all, I think I would be too consumed by the potential here if my name was Kyle Shanahan. Lance is a raw prospect and a completely blank slate, but his pure talent is something to behold. Shanahan can play Jimmy Garoppolo for one more year while he turns Lance into the quarterback of the future for the 49ers.

I contemplated for a while whether or not the Falcons would trade this pick to someone like Denver. Sitting at No. 4, they really do feel like a prime “trade down” team. But at the end of the day, I don’t think Arthur Smith should resist the year’s best tight end prospect. Kyle Pitts was born to catch passes in the NFL. His tape and pro day rest both as proof of concept, and as a taste of what Pitts could be in the future. Smith loved running multiple tight end offensive sets in Tennessee, despite not having a great tight end anywhere on the roster. Can you imagine what he’ll be able to do with Pitts in Atlanta, alongside Hayden Hurst as the second man? This could become one of the most explosive passing offenses in football with Matt Ryan at the helm.

Give me a break about the Ja’Marr Chase stuff. Please.

Joe Burrow tore his ACL last year strictly because of how bad Cincinnati’s offensive line was. Jonah Williams is a serviceable left tackle, sure, but that shouldn’t deter the Bengals from taking the best tackle prospect of the last five years at the No. 5 spot. Oregon’s Penei Sewell was dominating defensive lineman in college when he was seventeen years old. Sewell has the power, speed, and technique to immediately come in and be one of the better tackles in the NFL. Stop overthinking this, Zac Taylor, because it might get you fired.

Ja’Marr Chase might not be reuniting with Joe Burrow at the professional level, but he won’t have to wait too long after that to be drafted into the NFL. Miami’s current options at receiver are pretty underwhelming, with DeVante Parker leading the charge for the ‘Phins. Chase can come in and be an immediate game-changer as Brian Flores and the rest of Miami’s staff attempts to make life easier for Tua. The Dolphins need help on the interior of the offensive line, but to go for a Creed Humphrey or Landon Dickerson here would be a huge reach, and Sewell is already gone. Things just got a lot more explosive in southern Florida.

MOCK TRADE! The New England Patriots send No. 15 overall, No. 46 overall, and No. 197 overall to the Detroit Lions, in return for No. 7 overall.

I think Detroit is a prime team looking to trade down, but unlike Atlanta, I think the Lions actually pull the trigger here. A first, a second, and an early sixth-rounder should do it to move up eight spots. The Lions can, and should, be pitting Denver and New England against each other, with both of them likely looking to move up for their quarterback. New England’s not usually a team to trade up, in fact, quite the opposite, but Cam Newton clearly wasn’t cutting it last year, and they need a talented young signal-caller if they want to compete for another two decades. Fields has the talent and the mental acumen to excel at the next level, and Bill Belichick should be thankful he even dropped this far.

I’m not sure this player will even be here if the Lions stay at No. 7; he seems like a perfect Dan Campbell type of guy. But in this particular universe, the Lions don’t stay at No. 7, so star Northwestern tackle Rashawn Slater falls into Carolina’s lap with the next pick. Slater will likely make his money as a guard as a pro, but for now, he’ll be considered a tackle. If he works out for Matt Rhule and Co., great! If not, no sweat, because he could turn into one of the best interior linemen in the league.