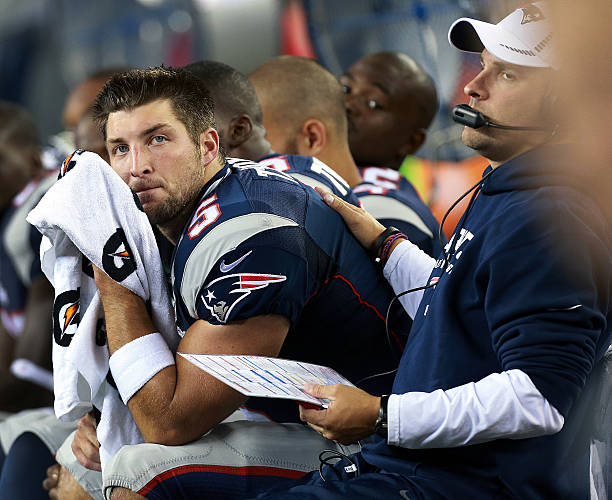 In the history of professional sports, nobody has dominated despite all logic quite like the New England Patriots of the 2000’s. Since Mo Lewis infamously smacked Drew Bledsoe on September 23rd, 2001, the Patriots have been a mainstay, not only in the post-season, but in the Super Bowl. 18 playoff berths, 17 division championships, nine conference championships, and six super bowls over the course of 21 seasons, it shouldn’t have been possible for a team to be this dominant in the salary cap era.

Considering the Patriots have represented the AFC in 40% of the Super Bowls this millennia, it seems like a no-brainer that everyone should try to replicate it, and what better way than to hire directly from the source? Well… they’ve tried that… with shocking results.

The Las Vegas Raiders Should Avoid “The Patriot Way”

Patriot assistant coaches who have been hired for other jobs have not fared well in the NFL. All in all, they are 175-252-1, with five playoff appearances in 27 seasons, and half as many seasons ending with the team having the league’s worst record (one) as seasons ending with a playoff win (two). Only one of Belichick’s disciples, Bill O’Brien, has a winning record (52-48 still counts), and he’s also the only coach to have won his division. This is the same Bill O’Brien that traded away one of the league’s best receivers over a personal beef and completely lost his locker room.

In fairness, it looks like Brian Flores had some bad luck in Miami. True, he had a losing record, but he was 24-25, and 11 of those came in his first season, when it seemed like the Dolphins were tanking. This season, the Dolphins started off 1-7 before getting hot, winning eight of their last nine. It looks like he lost his job because of someone else’s ego, and he’ll likely get another opportunity to be the exception that proves the rule.

O’Brien and Flores aside, Bill’s Belidisciples are a combined 99-179-1, with one playoff appearance, one season ending with the league’s worst record, and zero successful imitations of the fabled “Patriot Way” in Foxboro. You can steal the shell, but nobody’s been able to replicate the engine that’s driven New England’s dynasty.

I just want the record to show that I like Romeo Crennell. For whatever reason, it felt like he never really got a fair shake in the NFL. Despite my personal feelings, there’s no disputing that he was an abject failure as a coach. He only had one winning season in five attempts as a full-time coach. It does say something that he was given the role of interim head coach on two different occasions with two different teams.

Joe Judge was a bust in New York. He went 10-23, had double digit losing seasons both years, and did some really baffling stuff, most recently calling back-to-back quarterback sneaks… inside his own five yard line. Sometimes a coach gets fired and they become a hot coordinator prospect and then sometimes a coach gets fired and you wonder how they ever got hired in the first place. Mr. Judge was the latter.

Does anyone else remember the Eric Mangenius era? Call it big city bias, but no franchise gets the hype train rolling quite as quickly as the New York Jets. Mark Sanchez threw for 2,400 yards, 12 touchdowns, and interceptions and he was a franchise quarterback. Absolute insanity.

Anyway, Eric Mangini was terrible. He did make the playoffs, and he had a nine win season in 2008, but other than that, he couldn’t win more than five games, and his lone claim to fame is that he snitched on Belichick for cheating. To clarify, is what Bill did bad? Absolutely. Should he have been busted? Without a shadow of a doubt. Does that excuse Mangini for being a tattle tale because he lost? Nah.

Josh McDaniels took Tim Tebow in the first round of the NFL draft with desire to play him at quarterback. Tim Tebow, who retired with a 47.9 completion percentage and probably should’ve just played baseball, considered borderline undraftable by most teams, and Joshy said, “that’s my quarterback.”

But hey, everyone makes mistakes. Every single team, even the Patriots, passed on Tom Brady several times. We shouldn’t hold one hilariously bad draft pick against him, even if it is really, really funny, and really, really sad.

Let’s talk about how the Broncos ran Mike Shanahan out of town, and brought in Babychick, fresh off making Matt Cassell look like a quarterback, to run the team. And at first, it looked great. He started 6-0, with an overtime win over his mentor, which he celebrated like he won the god damn Super Bowl. Then… he got busted for cheating, literally two years after the Patriots did, and lost eight of the last ten.

He came back for part of the 2010 season, where he nine out of 12, including a 59-14 drubbing by Darren McFadden and the Oakland Raiders, the biggest loss in franchise history, at home, before he was fired. He went back to the Patriots, who had not fallen off on offense without him at all, with his tail between his legs in 2012.

Beyond that, he took the Colts coaching job, assembled a staff, was good to go, and then at the last second, bailed. Guy is a slimeball that resembles Lane Kiffin more than Bill Belichick, no matter how many hoodies he cuts the sleeves off of.

Matt Patricia’s hiring was a bit funny, because in his last game as the Patriot’s defensive coordinator, he gave up 41 points and over 500 yards, and to a backup quarterback, no less. In Detroit, his teams were never competitive, going 13-29-1, and his vaunted defenses varied from middling to bottom of the league. It could be argued that nobody can win in Detroit, but they fired Jim Caldwell after posting consecutive nine win seasons.

Who Drove the Patriot Dynasty?

So clearly, the secret to the Patriot success isn’t a great coordinator. There’s no Buddy Ryan propping up a Mike Ditka in New England. We have to take a closer look at the constants throughout their run atop the AFC. The three big names that never came or left during that span are the owner, Robert Kraft, the head coach, Bill Belichick, and the since-departed quarterback, Tom Brady.

Considering that Robert Kraft once mistook a rookie Tom Brady for tight end Kyle Brady (Kyle was roughly two inches taller and 60 pounds heavier), it’s safe to say that it wasn’t his football acumen that pushed them into football immortality. That, and he’s not even the Macaroni and Cheese Kraft, his business success came from nepotism and a corporate takeover. No fun there.

As a coordinator and a head coach, Bill Belichick has eight Super Bowl rings. It’s really hard to argue with that success. Prioritizing situational football and a psychotic commitment to preparation and perfecting the fundamentals, you almost never see a Bill Belichick team unprepared for an opponent. The man averages 11 wins a season, and has only missed the playoffs four times since joining the Patriots in 2000.

Belichick was the defensive coordinator of those iconic 80’s New York Giants teams, and is often credited as a vital part of Lawrence Taylor’s development. He had a short stint as the Browns head coach where he had mixed success, a really short stint as the Jets head coach where he made a lot of friends, and then he took over for the New England Patriots, where he remains to this day.

So, it’s pretty obvious. There’s your answer. It’s Bill, right? Well, there’s a funny bit about that. Because there’s a common denominator in three of those four lost seasons. In 2000, 2008, and 2019, Belichick didn’t have Tom Brady under center. As brilliant as Belichick’s 290-143 record is, it should be noted that he is 62-77 without him. Even in New England, he’s 36-33 when Brady isn’t the starting quarterback.

So… that takes us to our next source of success.

What does or doesn’t make a quarterback great drives 80% of football debates. Some people say wins, some people say stats, some people say the position is purely a product of the system, and as long as the NFL is a “passing league,” quarterback debates will run rampant and never be resolved. Tom Brady’s success, both statistically and in the trophy case, is hard to debate.

Tom Brady has won seven Super Bowls (as of this writing) and is the league’s all-time leader in both passing yards and touchdowns. He’s never had a losing record in the NFL, and has six total All-Pros, two offensive player of the year awards, and three MVPs. There isn’t a legitimate argument to be made for any other quarterback as the greatest of all time.

But it’s not like Tom’s always had the toughest job. Tom Brady’s defenses have been top ten in scoring in 17 out of 20 seasons. In fact, his teams have had the number one scoring defense (2019 and 2003) almost as many times as his defenses have been held outside (2011, 2005, and 2002). I’d draw attention to the fact that the Patriots missed the playoffs when the defense was bad in 2002, but they made it all the way to the Super Bowl in 2011.

Winning remains a team stat, but no position impacts the success of a team more than the quarterback, especially when they are really good or really bad.

It might seem like a cop out, but the answer is actually quite simple. The Patriot Dynasty wasn’t a product of Brady or Belichick. New England’s success was a product of Brady and Belichick. A no-nonsense head coach that demanded absolute perfection out of all his players and a ruthless quarterback that lost sleep over mistakes teamed up to create a perfect storm that can’t be replicated anywhere else. Getting Belichick would be a great win for any franchise, and as the Tampa Bay Buccaneers have learned, getting Tom Brady pays immediate dividends, but getting the “next best thing” does not guarantee or even imply replicated success.

So as the Las Vegas Raiders look to rebuild their franchise, hiring a new general manager and a head coach, they should learn from other franchise’s mistakes. Dave Ziegler and Josh McDaniels look like easy hires on paper, but the history of trying to emulate the Patriot Way is not promising. Coming off of the objectively disastrous Jon Gruden era, the Raiders can not afford to botch these hires.