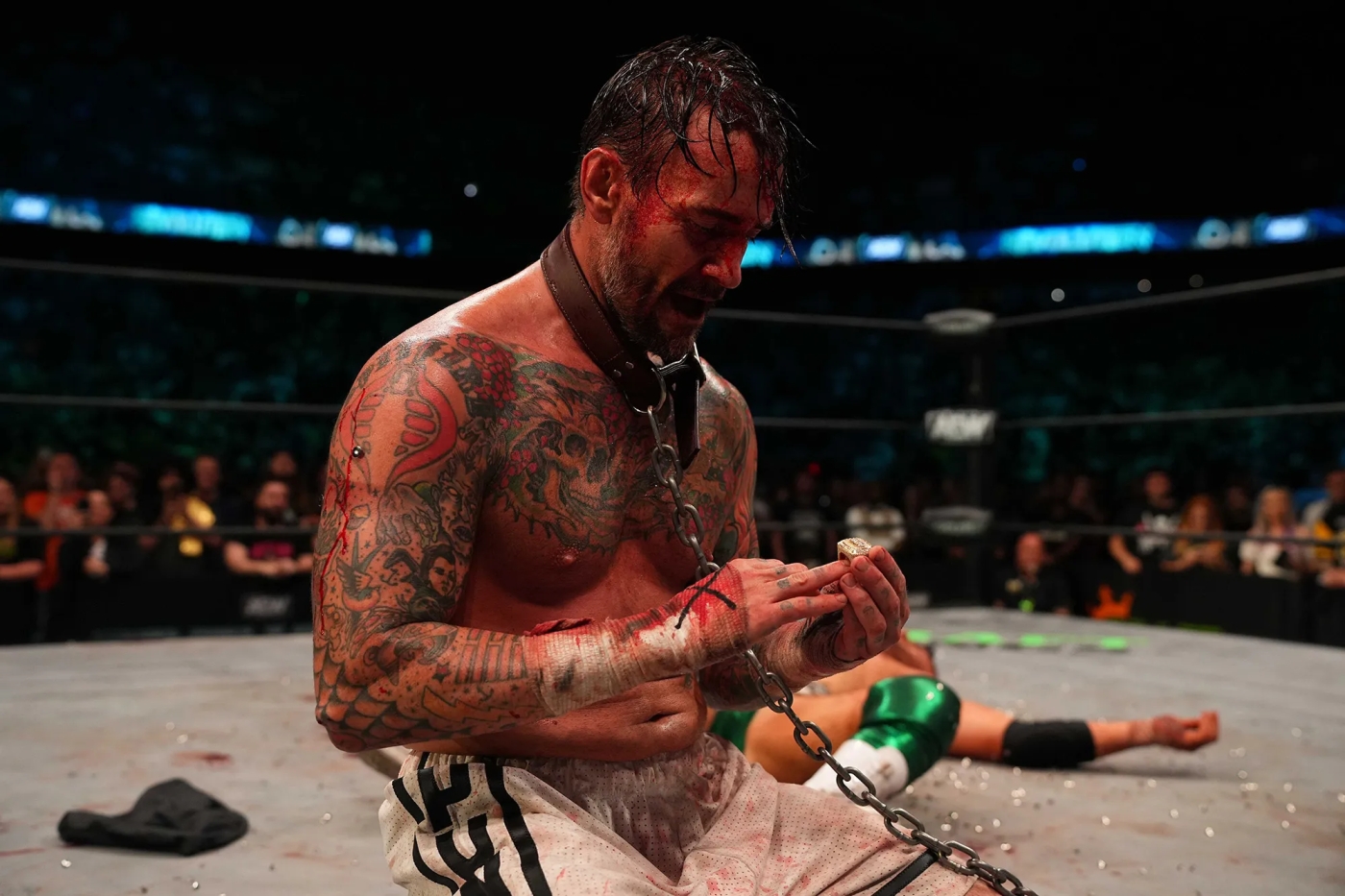 Punk’s build for this match is complete, he’s done his part. I hope you’ve been staying patient and paying attention; this story’s going somewhere. Now it’s time to talk about the second competitor: Maxwell Jacob Friedman, or for short, MJF.

The first time I personally saw MJF was in the opener for ALL IN, the independent wrestling supershow that would directly lead to the founding of AEW mere months later. Clearly, those running ALL IN (and later AEW) saw something in him. With his “substance over style” in-ring work, and his extremely polished mic skills for such a young wrestler, that something is easy to see.

CM Punk and MJF are, very visibly, two sides of the same coin.

MJF’s wrestling persona is as brash, in-your-face, and quite frankly rude as young CM Punk’s was. On the mic, he says what he means and he means what he says, and the limits to what he will say to get a rise out of his opponent or the crowd do not exist. His personal bodyguard, a mountain of a man going by the single name “Wardlow” destroys anyone who dares double-cross him. In a modern world where everyone knows the truth of wrestling’s nature, Friedman is one of the last bastions of making it feel truly real. Rarely do we ever get a moment of MJF feeling like “Max” and not his wrestling persona, which is what makes his feud with Punk so special.

Just two weeks before their scheduled dog collar match, a stipulation that CM Punk personally chose, MJF walked out to the ring and poured his heart out to the audience. He was a kid who idolized Punk growing up, and who felt the sting of abandonment when Punk walked out of WWE and never returned in 2014.

No spewing insults at the audience. No outlandish claims of being “better than the best in the world.” Nothing. Just a hurt little kid finally being honest with the audience about how badly he was burned. You can absolutely see where he’s coming from, which is what makes it so impactful when the next week, Punk and MJF meet in an embrace, just days before their match. And then MJF kicks Punk in the groin, beats him within an inch of his life, and he says:

“You stupid, stupid old man. I’m a snake. The greatest trick the devil ever pulled was convincing the world he doesn’t exist, and this Sunday, I’m going to show you and all these mindless sheep that I am the devil himself.”

The stage is set. Let’s get to the high art.