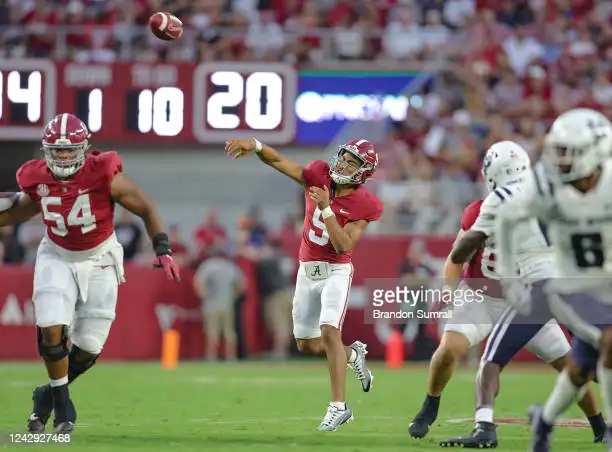 Will Levis showed serious potential in Kentucky’s win over Miami of Ohio on Saturday. There’s a lot to like with Levis, I understand that, but I still wish we saw a cleaner game from him this week. He threw maybe one of the most bone-headed interceptions of the weekend, and even if he threw three touchdowns, it left a sour taste in my mouth. I desperately want Levis to clean up his mechanics and decision-making, because it’s the one thing his game is missing. He has all the talent in the world; he should probably make use of it.

Speaking of having all the talent in the world, Georgia’s Jalen Carter was a force to be reckoned with against No. 11 Oregon on Saturday. Georgia dismantled the Ducks in week one, defensively dominating them to the tune of a 49-3 win. Specifically, one play embodies the “Jalen Carter Experience” from this weekend. The tackle he’s going up against is listed at 6’6 and 330 pounds. Just keep that in mind while you’re watching this, because it makes it infinitely more hilarious. It would be pretty crazy, I must admit, to have a defensive tackle taken first overall. But this is exactly the kind of talent that gets you there.