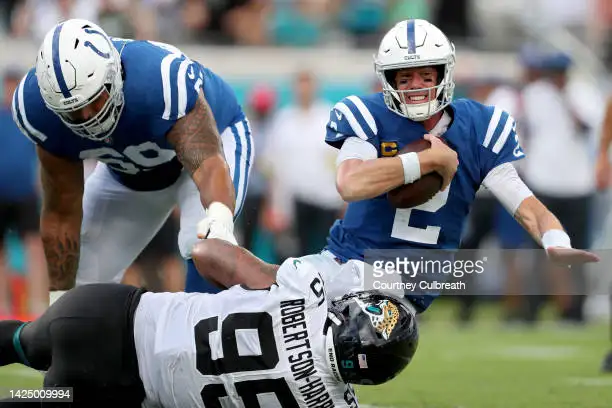 The Raiders’ Offense Is A Serious Force

Hunter Renfrow, in my humble opinion, is the straw that stirs the offense’s drink in Las Vegas. Everything he does is so clearly meant to lead him to being a quarterback’s best friend. He’s reliable, runs crisp routes, everything you could ask for. But with that being said, adding Davante Adams completely unlocks everything the Raiders want to do on offense. This is different from stirring the drink. Let me explain.

A playmaker of Davante Adams’s caliber is hard to come by in the NFL because, much like a great quarterback, he makes life easier for everyone around him. The gravity that a receiving talent like Adams commands from a defense allows the game to flow through him. You have to pick your poison. Do you let Carr and Renfrow humiliatingly dink-and-dunk you down the field, or do you risk giving up the big play to Adams, when you know he’s capable of taking any ball all the way to the endzone? You have to make a decision in a situation where neither choice is the right one. It’s terrible, and I love it. Even if it’s not resulting in wins yet, Adams has turned the Raiders’ offense into a force.

That Jets vs Browns Game Was Hilarious

I say this as a Browns fan of 23 years: that game was extremely funny. In one of the more ridiculous Browns games, let alone football games, I’ve ever seen, the Jets were able to come back and take down the Browns by a score of 31-30. It should be noted, of course, that the Jets were down by thirteen points with less than two minutes left to go. That’s insane, and it’s one of the truly stunning NFL comebacks not only this year, or this decade, but since the turn of the millennium. The only time that’s happened since 2000 was in 2001 when the Chicago Bears came back from a two-touchdown deficit. Against the Browns.

For real, let’s get down to brass tacks for a second. Cleveland, you have to let Joe Woods go. Right now. There can be no doubt: throughout the three seasons with Woods as their defensive coordinator, the Browns’ defense has not only not lived up to the hype garnered by their talent level, but have at far too many times, looked completely inept. Aside from Myles Garrett, who keeps inching closer to Cleveland’s franchise sack record, the Browns’ defensive unit plays with an inconsistency that simply can’t be allowed.

At least the elf looked cool at midfield.