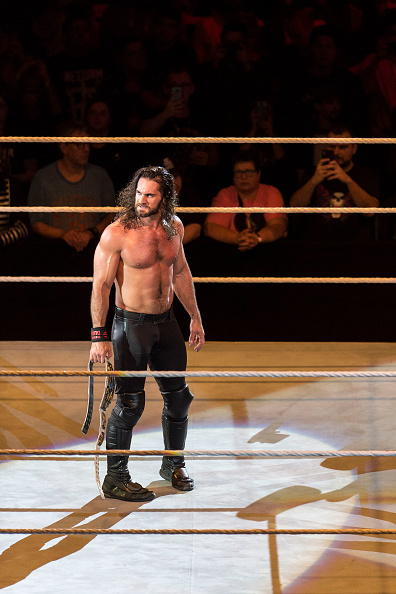 This past Sunday, Seth Rollins stomped Braun Strowman out of the ring, stamping his ticket to the main event of WrestleMania, where he’ll likely take on Brock Lesnar for the Universal Championship. As a huge Seth Rollins fan, I was exhilarated by this. I knew it would happen, but that didn’t stop me from celebrating when it did. The crowd in attendance celebrated too, but not as much as they did for Becky Lynch earlier that night. Since then, there’s been this air of apathy regarding Rollins’ run to the main event online, and I’d like to address it.

Regarding Rollins: The Apathy Surrounding the Main Event

The Becky Lynch of it All

As great as Seth Rollins is, he’s nowhere near as over as Becky Lynch is right now. Maybe the WWE should’ve considered putting the women’s Royal Rumble last, since they knew how big the reaction to Lynch sneaking into the match, getting hurt, and finding a way to win in spite of it would be. For once, they absolutely got it right with a rumble winner, and even if the audience knew she would win, the reaction still would’ve been monstrous. Rollins is everyone’s second favorite Rumble winner from this year, and it’s not surprising that his pop wasn’t as big.

Most WWE pay per views end at or around eleven o’clock eastern standard time, but the 2019 Royal Rumble ran well past, nearing midnight. After watching three matches on the pre-show, then Becky Lynch vs. Asuka, The Bar vs. Shane McMahon and The Miz, and Sasha Banks vs. Ronda Rousey before the women’s Royal Rumble, then jumping right into AJ Styles vs. Daniel Bryan and Brock Lesnar without an intermission before the men’s Royal Rumble match, which ran for about an hour, it’s easy to see why fans would be tired.

Even if you were rooting for Seth Rollins, and all you wanted in the world was to see Seth Rollins go to the main event of WrestleMania, six hours of cheering and booing is exhausting.

Part of me wonders if the reaction has been so lukewarm because the result was so predictable. Seth Rollins has been cutting promos on Brock Lesnar since after last year’s Royal Rumble. Most of his promos have been about being a good champion, unlike Lesnar, who was only part-time. He feuded with bigger wrestlers like Braun Strowman, Drew McIntyre, and Bobby Lashley, and consistently talked about how he wanted to be the face of the show.

Weirdly, while they’ve been telegraphing this with their promos, it’s not like Rollins came into the show with a ton of momentum. He bumbled through a botched feud with Dean Ambrose that inexplicably ended up involving Bobby Lashley. They had a feud two years in the making with Ambrose that completely fell apart and Rollins’ booking was just so-so leading into the Rumble. Despite that, he was still the obvious favorite.

The only other wrestlers from Raw who seriously could’ve won the Royal Rumble were Strowman, who had literally just been pulled out of a feud with Lesnar, and McIntyre, who as a heel, doesn’t really fit WWE’s main event formula. Vegas had Rollins as the odds on favorite to win the match, so when he did, it wasn’t really a big surprise. It’s like if the Patriots played against your least favorite team in the AFC Championship game. You’re happy that they won, but sick of the inevitable. It’s hard to get excited about something that you saw coming a mile away.

A Salad from McDonalds

I was discussing this with my friends the night after the Royal Rumble, and this metaphor kinda slipped out of my mouth. Seth Rollins has always kinda been WWE’s “indy guy” in the eyes of many fans. He’s a great performer in-ring, and as a former Ring of Honor World Champion, he does have the indy equity that the hardcore crowd looks for in their favorites, but he also has the WWE seal of approval.

In a way, I think that takes away from Rollins a little bit. The metaphor I was referring to early was a McDonalds Salad. A salad is good for you. It comes with assorted fruits and vegetables, occasionally featuring some chicken for protein, and we’d all feel and look better if we ate more salad. However, when you’re looking at a McDonalds menu, and you see a salad, you don’t quite buy it. The nutritional information doesn’t add up, and ultimately, it’s not the same as a salad you’d get from Saladworks or even the grocery store.

Underdog? Not So Much

As a “smaller” wrestler, Rollins has to play the underdog role frequently. Make no mistake, that will be the angle we see with Rollins as he feuds with Brock Lesnar, as we already saw on Raw this week. But unlike some of the great underdogs in recent memory, CM Punk, Daniel Bryan, and Becky Lynch, his underdog angle will be superficial.

Punk, Bryan, and Lynch weren’t supposed to be main event guys. They didn’t have the right look or style and the powers that be didn’t really get behind them. It was the audience that got behind them, and forced WWE to push them as the stars they were. David vs. Goliath only works because 99 times out of 100, Goliath squashes David.

Just look at how much the WWE Universe got behind Finn Balor when he was challenging Lesnar. They wanted Balor to win desperately, knowing damn well the WWE weren’t going to pull the trigger. The disparity between Balor’s place in the company and Brock’s was too big for a huge pop to force. The difference between Seth’s and Lesnar’s is a lot smaller, and so it’s harder for fans to be invested in an underdog story when the underdog is practically the favorite.

At the end of the day, I think this push for Rollins will age like a fine wine. There will undoubtably be roadblocks on the road to WrestleMania, but Rollins will overcome them, and when he does finally stomp Lesnar’s Universal Championship reign out of WWE at New Meadowland’s Stadium, the crowd will erupt. Rollins is incredibly talented, and I believe that will outshine perceived politics and the apathy surrounding the main event will evolve into ecstasy.