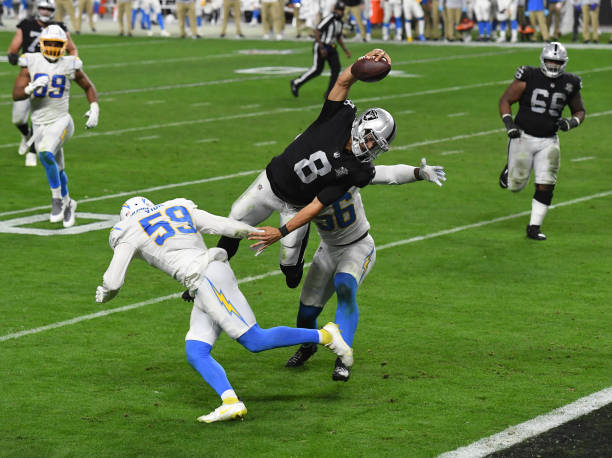 The no-trade clause is nothing new to the world of sports. Babe Ruth had the first recorded no-trade clause 101 years ago in 1920, and they’ve been a staple ever since. You see them the most often in the NBA, but they’ve slowly crept into the NFL as well. It is becoming more and more common in today’s NFL, and it’s not hard to see why.

The No-Trade Clause Is the Future of the NFL

In the NBA, superstars change teams like sneakers. Whether they’re chasing a bigger contract or a championship, the league’s elite don’t stick around for any longer than they feel obligated to. The no-trade clause basically helps a player control their destiny. It provides security for a player in the big picture.

Lately, the NFL has started to do much of the same. The league has been around for 100 years, but Reggie White in 1993 is the face of free agency. Even 20 years later, it was a shock to see Peyton Manning leaving Indianapolis for Denver. Role players and good-not-great guys switching teams happened fairly regularly, but when a team stumbled upon a superstar, they pretty much stuck around for the duration of their contract.

It’s hard to pick exactly where that changed. Maybe it was Carson Palmer choosing to retire rather than play for the Bengals in 2010. It could’ve been Le’Veon Bell holding out for a bigger contract after the 2017 season. Khalil Mack and Jalen Ramsey both forced their way off of the team that drafted them before their first contracts, but now, the NFL is creeping in the same direction.

This off-season alone, we’ve seen two well-paid superstars trying to leave their teams. Quarterbacks Russell Wilson and Deshaun Watson have both inquired about being traded at some point this off-season. Interestingly enough, the two were among an elite list of NFL players with no-trade clauses. At the time, only Watson, Wilson, Laurent Duvernay-Tardif, Jimmy Garoppolo, Jimmy Graham, DeAndre Hopkins, and Patrick Mahomes had no-trade clauses. That’s seven players in a league of nearly 2,000 people.

But this off-season, that started to change a little. Marcus Mariota, Dak Prescott, Josh Hill, and a few others have added no-trade clauses to their contracts. Why? It’s actually pretty simple and equally genius.

Despite what you might be thinking, getting a no-trade clause does not mean a player intends to stay with the team forever. Often, it isn’t even a team-friendly perk. It is almost completely put in place so that a player has control over his or her destiny.

Ironically, a no-trade clause does not mean the player cannot be traded. Players with a NTC can absolutely still be moved to another team for picks or players. All that needs to happen is the player has to waive it. At any point, anyone with a NTC can waive their clause and be traded immediately.

Why add the NTC then? Here’s an example.

Las Vegas Raiders backup quarterback Marcus Mariota restructured his contract with the team after they asked him to take a considerable pay-cut. Somewhere in the negotiations, it must’ve come up that Mariota wanted it. Mariota still believes he can be a good quarterback in the NFL, and he’d likely jump at the opportunity to prove it. Should a quarterback go down later in the year, they might look for a suitable replacement, and you’ve got to think that Mariota’s name would be high on the list.

But what if the team is horrible? What if the Houston Texans come calling, and Marcus doesn’t really want to go play for such a poorly run franchise? He can simply refuse to waive the clause, and then the Raiders won’t be able to move him. If Derek Carr has an injury, and Mariota gets a chance to play and improves his stock, he’ll likely be a hot commodity. He’d likely want to have some control over where he plays next.

I believe this is the future of big NFL contracts. It’s a small thing, and much like a prenuptial agreement, should be easy to negotiate if you plan on having a long-term commitment, but I believe that moving forward, it’s something players will ask for more and more.